One Student at a Time: Raul 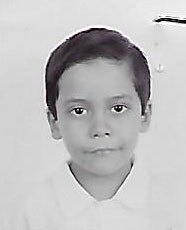 Raul was like any other nine-year-old boy. He liked playing soccer and hanging out with friends, and he had a pet cat. He had good grades and a big smile. Like many families in the colonias of Reynosa, his family struggled to make ends meet. The burden of paying for school uniforms, supplies, books, shoes, bus fare, and food for not only him, but his three siblings as well, was too much. So, Raul and his parents filled out an application to join our scholarship program. He was matched with a woman from North Carolina named Renie.

He continued on to graduate from elementary school and entered junior high (secundaria), an important milestone for the students in our community. He finished junior high and enrolled in high school (preparatoria), another big step. Many of his classmates, like so many others in the colonias, dropped out after junior high, or even elementary school. These students dropped out not because of an unwillingness to learn, but because their families needed them to work instead or because they just couldn’t afford the costs of schooling anymore.

Renie in North Carolina kept supporting Raul as he continued to advance to the next grade level, . She visited with him and his family and friends whenever she was in Reynosa, and they sent photos back and forth to each other throughout the years. She watched him grow from a young boy into a handsome teenager, and she watched as he achieved his biggest milestone yet: graduating from high school and enrolling in college to study business and marketing.

The financial support Renie provided Raul over the years helped to relieve the heavy burden of increasing schooling costs for his family, but more importantly, she provided constant encouragement and faith that he would succeed. Raul knew that his friend Renie in North Carolina believed in him, and that is a powerful thing for a child to know.

Last month, Raul graduated third in his class from Universidad Autónoma de Tamaulipas, and he accepted a job as a marketing coordinator. About his experience in the scholarship program, he said, “I give thanks to God because He put in my path a very special person named Renie.”

Renie, who spent the past eleven years sponsoring Raul in school, could not be any prouder. She said, “I had no doubt that Raul would grow up to be a difference and to make a difference. My heart explodes with joy!”