God is at work through Faith Ministry in the border region of Mexico, and we have much to report. The churches are vital, several of our programs are running at capacity, and house construction continues despite the challenges. Here’s what’s going on:

The churches in Miguel Alemán, Reynosa and Naranjito are all growing. Beyond adding members, they’re working in their communities, raising money for relief and reaching out.

The church in Miguel Aleman celebrated its eighth anniversary recently. Members were received, and several were baptized. Pastor Castillo and David led the service.

In Reynosa, the church recently celebrated with the Solorzano family, who are worship service leaders and teachers. The Solorzanos celebrated their 25th anniversary. 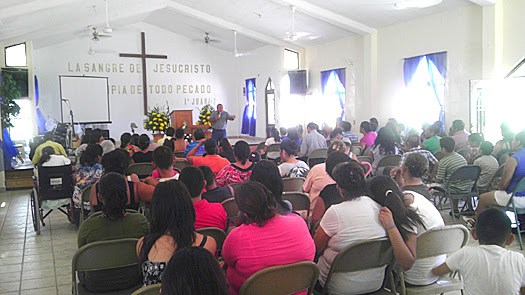 Each weekday, 25-30 children and some elderly residents of the colonia come to the Betty Clinic in Reynosa for breakfast. We began the program, which is free, because quite simply many families are hungry. Also each day, some 30 patients are seen, treated and given medications. Babies are weighed and given formula. We’re working now to develop better education to help combat diabetes.

We’re expecting five teams from Indiana and North Carolina in the next few months to build another six or seven houses. So far, we’ve built eight houses in Reynosa and five in Miguel Alemán. Visiting teams are joining with Mexican volunteers to build in Reynosa. Because of safety concerns, the work in Miguel Alemán is being done by staff and Mexican volunteers, financed by American churches and organizations.

School began with 130 students in the Faith Ministry scholarship program. There are another 60 families on the waiting list. Though education is free in Mexico, many families in the colonias where we work can’t afford transportation, books, uniforms, test fees and other costs associated with school, and so their children often don’t go. If you’d like to sponsor a child, contact David at (956) 631-3567. 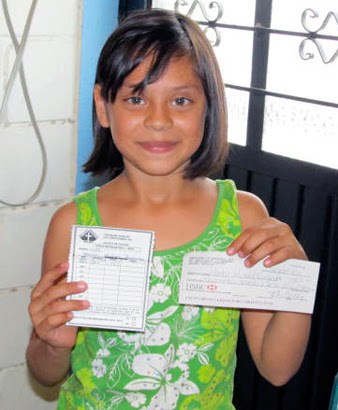 We’re working on Christmas fiestas again and need churches to help us put smiles on the faces of children. We’re hoping to provide gifts for 1,200 children in Reynosa and Miguel Alemán. We need donations to provide toys, blankets, candy and soccer balls. We’re also planning to visit more than 40 families in both cities to provide food and blankets and need $40 per family. If you or your church can help, please contact David at (956) 631-3567.

In 2011, we weren’t able to build as many houses as usual, and while we hope next year will be better as concerns about safety ease, we want to end this year on a positive note. Enter the Holiday House project. If you, your church or your organization will provide funding ($6,000), our staff and Mexican volunteers will build a home for a family in your name, complete with a plaque on the outside wall. You’ll get photos as construction progresses, and we’ll keep all our friends and supporters updated via Facebook. Contact David at (956) 631-3567 for more information.

As always, we thank you for your support through the months and years. Please consider scheduling a trip to Reynosa next year. We have many families needing housing. The need is great, but God’s children are at work.