Spring has sprung in the border region, and we’ve sprung into action as well, helping families in Mexico in Jesus’ name. We’ve already working on house number seven.

We finished last year with a total of 23 houses constructed, 7,200 patients attended to at the medical clinic, 4,000 meals served in the nutrition program, and 180 scholarships funded for children.

The Faith Ministry Board of Directors gathered in Reynosa in February, and besides meeting, they also worked on two houses. The Board, staff and Mexican volunteers poured a roof and then raised walls on another house. Members spent the next day planning the coming year and meeting with staff. 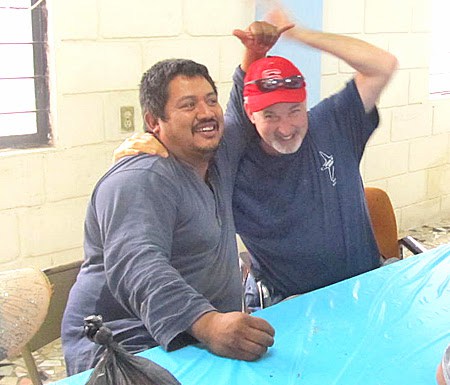 The Irvington team, which visited recently, took some time out for a soccer match against Mexican volunteers. Nobody’s saying who won. Officially, it was a tie.

Three teams have visited so far in 2012, and we’re working on house number five in Reynosa. House number two is underway in Miguel Alemán. We’re expecting more than 15 teams, and we’re hoping to construct 32 houses. Currently, we have 70 families waiting for homes. 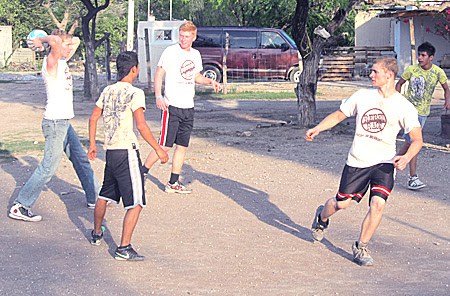 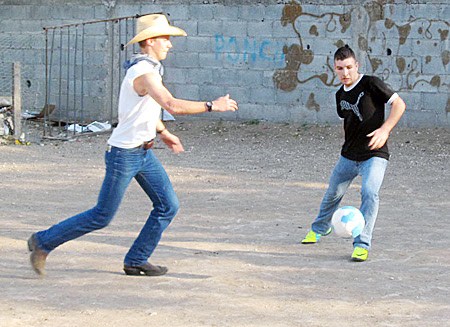 Old Bethel United Methodist Church has rounded up badly-needed wheelchairs. We’ve managed to get three across the border and distributed them. Six more are waiting. Old Bethel also provided some orthopedic equipment. This will be a great blessing to people in need. 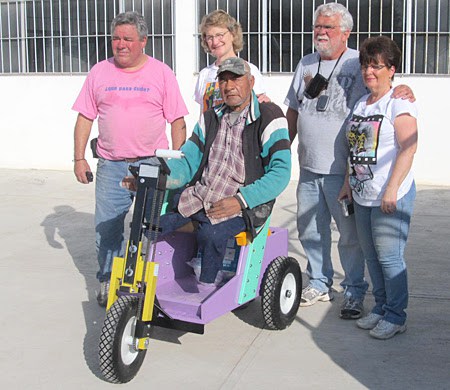