That fine balmy weather that blesses the border region in the summer has returned, and the ministry is hard at work building houses and serving Mexican families through the Betty Clinic and our three churches. Here’s an update on Faith Ministry’s work:

So far this year, five houses have been constructed in Reynosa and four in Miguel Alemán. Though violence in the region has cut down on the number of teams able to visit, a few teams have made it to Reynosa, and staff continues to work in Miguel Alemán. Irvington Presbyterian from Indiana and Woodland Presbyterian from Louisiana were the two most recent teams to visit. They built one house each and poured four roofs. One of the families getting a house operates a garbage hauling service, and that’s their donkey pictured below. (Just for clarification, the donkey is the one in the middle. Faith Ministry founder Deantin Guerra is on the left, and director David Rodriguez is on the right.) 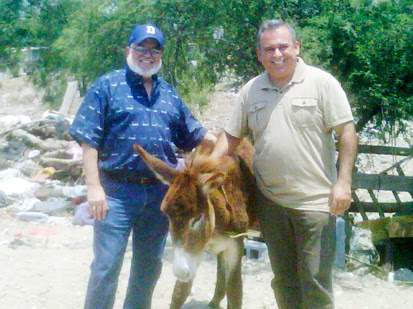 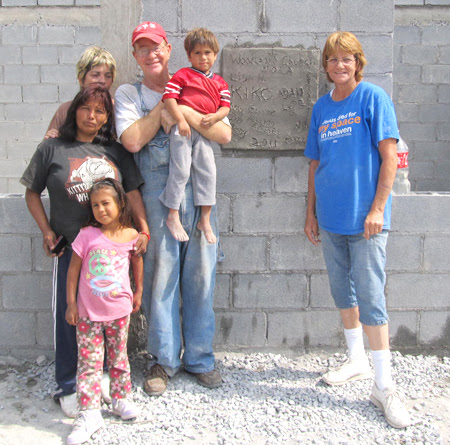 Episodes of violence are still limiting our work in Miguel Alemán. In Reynosa, there have been sporadic incidents of concern, and we encourage teams planning visits to stay abreast of developments. Generally, our work in Reynosa seems isolated from the occasional incidents of concern. Our staff will work with visiting teams to provide information and, if need be, backup projects. 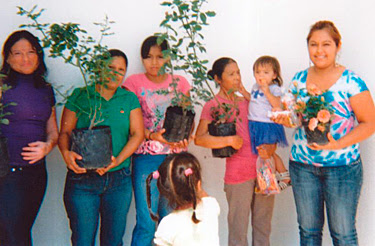 Staff is taking regular time to pray for each other and for all Faith Ministry supporters, and we hope you’ll pray for the staff and Mexican families. And don’t forget joint prayer the first Friday of each month at noon ET. Despite the normal challenges of living in a poverty-stricken area, and now amidst drug cartel-related violence, families have seen God at work. And often it’s through the tangible work of Faith Ministry.