Now that we’ve seen a wildly exciting and meaningful Christmas, we’re turning our attention to 2012, with its construction challenges, and continuing projects in the Betty Clinic.

When the dust cleared, we held four fiestas in Reynosa, Naranjito, Miguel Alemán and at the Betty Clinic and distributed more than 400 blankets to needy families in the colonias of Reynosa and Miguel Alemán. In the process, we also distributed 1,280 toys, 1,000 candy bags, 250 soccer balls, 100 Bibles and 290 food packages. And actually, the dust hasn’t quite cleared. We’re still working to cross 10 boxes of toys into Mexico. We’ll just extend Christmas a little while longer. Thanks to all who worked on these projects and to those who helped fund them. 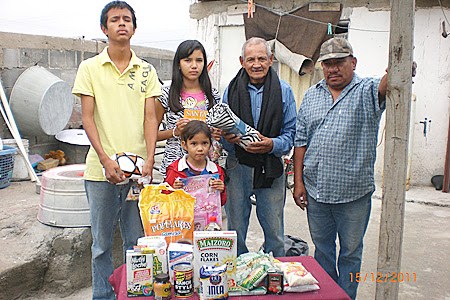 So far this year, 10 teams are scheduled to visit to build houses. Currently, we’re touching up the last of those built in 2011. One more house needs a roof, and it will get it in the next week or two. In all, we built 16 houses in Reynosa and seven in Miguel Alemán in 2011, for a total of 23. Five “Holiday Houses” were built, with three more scheduled for the next two months. Holiday Houses are those funded by groups or individuals, but built by Mexican volunteers and staff. They’re a nice way to keep construction going in the off-season. 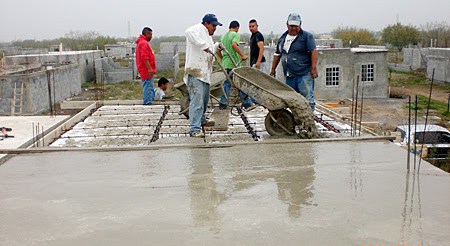 Last year, Rosalva wanted one thing for her birthday, a house, and she’s been working and praying for it. Hers is House #1 for 2012, and it’s almost complete. We’re hoping to build at least 24 more this year. If you and your organization haven’t yet scheduled a trip, contact Faith Ministry Executive Director David Rodriguez at (956) 631-3567 for details.

The 12 members of the Faith Ministry Board of Directors will head from all over the U.S. to Reynosa on February 9 to pour a roof and begin planning for the coming year. With more than 60 applications for houses, there’s much work to be done. The staff is optimistic, the facilities are in great shape and God is still very much at work along the border. Come and again be a part of the ministry!