A bright new year is upon us, and we’re looking forward to tangibly demonstrating God’s love in the world in 2010 as we build houses, continue work on a clinic, provide medical services and sponsor children in the border region of Mexico. We have a lot of work to do, but with God’s help, we’ll rise to the occasion. Here’s an update from the ministry:

Already, 36 teams have signed up to build 43 houses this coming year, and we’re confident there will be others. The first team (Covenant Presbyterian from Charlotte) will arrive in Reynosa in February, and the first will begin in Miguel Alemán in March. Work will also continue on the medical clinic in Miguel Alemán.

They’re gonna do what?

All of the teams that work in Mexico work hard, but this year, one team is going crazy. Presbytery of the James in Virginia plans to build one house and pour 10 roofs in one week.

Without a cement mixer.

The team is comprised of perhaps 30 members from First Presbyterian in Charlottesville and Rockfish Presbyterian. Last year, they poured only six roofs. Sissies.

There is plenty to do, so group leaders, please call and make your reservations early to ensure you can get the time slot you need.

Faith Ministry’s Board of Directors meets 10 times each year by phone and twice in person. The 12-member board, composed of volunteers from all over the U.S., will hold its winter meeting in Reynosa’s Betty Clinic February 20th.

A joyous Christmas party was enjoyed by 600 children at three locations in Reynosa and 550 children in Miguel Alemán the week of Dec. 13. The communities around all four compounds gathered, and each child was given a toy, a bag of candy and juice. At the Betty Clinic in Reynosa, some 200 children were fed a complete meal as part of the ongoing nutrition program. Thanks to the many churches that contributed money and toys for the event and to those who traveled to Mexico to decorate and serve the children. 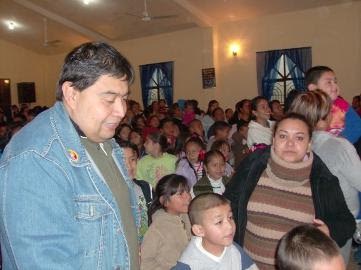 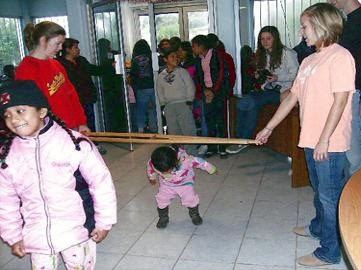 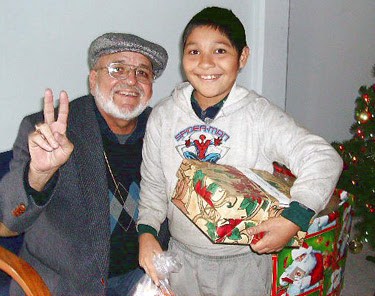 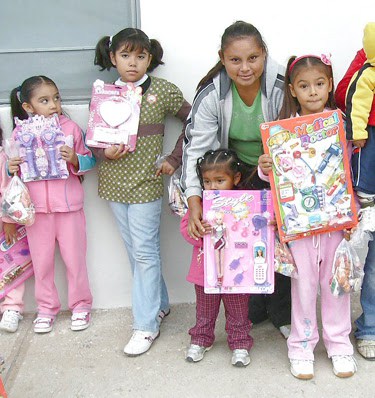 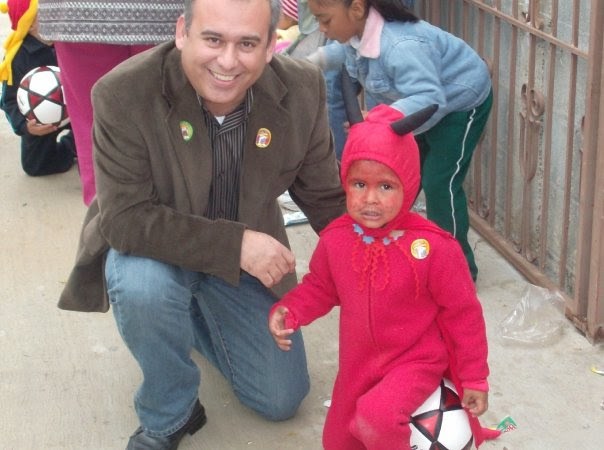