Merry Christmas from Your Friends at Faith Ministry

“Jesus humbled himself. He went from commanding angels to sleeping in the straw. From holding stars to clutching Mary’s finger. The palm that held the universe took the nail of a soldier. Why? Because that’s what love does. The gift of God. The birth of Christ. This is Christmas. This is love.” – Max Lucado

Wishing you and your family the all the joys and wonders Christ brings to you this Christmas season.

I am very pleased to announce that the Board of Directors of Faith Ministry has named Mr. David Rodriguez to be Faith Ministry’s new Executive Director. David has played a key role in Faith Ministry since joining the ministry in January 2003 as Associate Director. He has been active in coordinating mission work groups, managing programs at Miguel Aleman, leading devotional services, and overseeing administration at the McAllen office.

When Deantin Guerra, founder of Faith Ministry, made the decision a year ago to retire from active service and move to the position of Founder/Emeritus Director, David was asked to step into the job of Interim Director. For the past year, David has provided able leadership to Faith Ministry, leading us through a time of transition.

I know David as a person of great faith and of great love of the Lord. No one can replace Deantin Guerra who started our ministry fourteen years ago with a vision of helping the poorest of the poor, but I know that David will build on the foundation that Deantin laid and lead Faith Ministry in answering God’s call to spread His love to all of His children.

President, Faith Ministry Board of Directors

The Family Story of Israel Hernandez and Cecilia Chavez

Israel Hernandez and Cecilia Chavez have been married for 20 years. With a lot of sacrifice, they were able to buy a lot to build a house near a caliche pit where there were problems of occasional flooding. In three months, Israel constructed a two-room house consisting of a common bedroom, kitchen and bathroom. 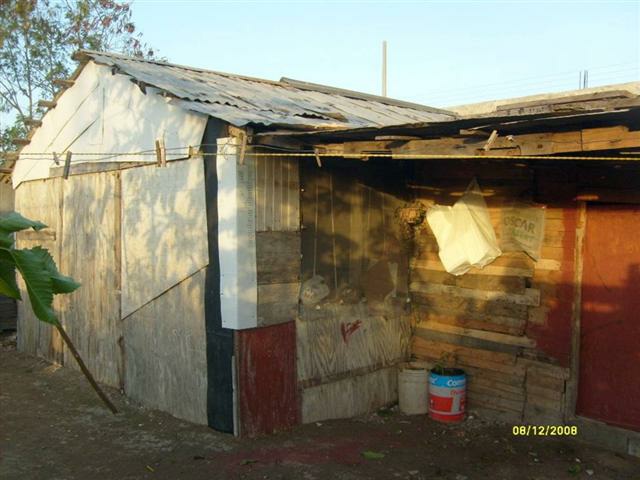 In 1997, they began living there with their two children with a concern for the occasional flooding in the area. Cecilia remembers that during the first years of living there, they had to seek temporary shelter because the pool of water from the caliche pit reached their property, and the water entered their house. Other times, they had to seek refuge because of the risk that strong winds might blow the house down. They had to move in with another family, anxiously waiting for the waters to subside. Two years ago, Israel began to hear of Faith Ministry’s housing construction program, where he could work for a time helping to construct houses for other needy people and in turn receive his own block house. He visited Faith Ministry’s office in Mexico and found out that in order for his family to receive this house, he would have to make some sacrifices. He would need to work as a volunteer from 8:00 in the morning to 4:00 in the afternoon while continuing to work selling bread door to door until 9:00 at night. So, with the help of his wife and children helping to sell bread, he entered as a volunteer in September of 2007. By the end of September 2008, his dream of a new home had come to pass.

Now, his family feels secure. They no longer are afraid of the rains or the wind. They know that thanks to God and the Mexican and American volunteers who helped them, their times of such worries have come to an end, and their hearts are forever filled with gratitude.

They now have a more normal life. Three of their children are enrolled in school, and the eldest is working in a factory. Israel continues selling bread and looking for extra work so that his family may have a better life.

With God as their guide and protector, they know that for their hopes to become reality, their physical effort is required to help them reach their goals. 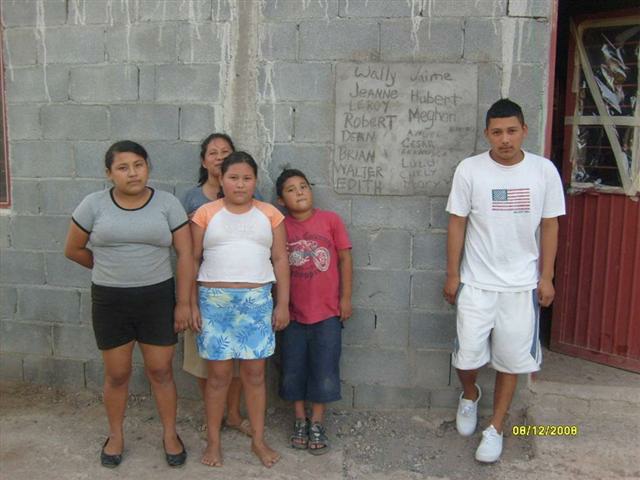 The above is house number 5, built in 2008 by a team from Louisiana. Together we are make a difference in the lives of many. We pray this is a testimony to inspire you to keep coming and to those who have not yet come, to come and see what wondrous things God is doing. You and Faith Ministry are forming a great force working together to bless many. All thanks and glory be to God for that opportunity.

Believe it or not, the world economic crisis has reached the colonias of Reynosa, and Faith Ministry is facing an operating deficit.

Do you know that your support could help us to keep saying yes to the needs our Mexican brothers and sisters face everyday? With your help, we could keep sharing the good news of the gospel, as well as take care of their medical and educational needs.

In this wonderful season of giving, we are making a special Christmas appeal to those who have supported our ministry in the past. Please include Faith Ministry in your Christmas offerings and personal giving. Your gift will brighten the Christmas season for your brothers and sisters in Mexico. You can give online by clicking here. You can also mail checks to: Faith Ministry, PO Box 756, McAllen, TX 78505-0756.

“He that giveth unto the poor shall not lack.” Proverbs 28:27