Back to the Future

We only built one house that year. The house we helped to build sat behind the family’s original plywood house, which held all five family members – two parents, two sons, and a daughter. The family member who worked on the house with us was the oldest son, 14-year-old Luciano. Quiet and somewhat shy at the beginning of the week, he quickly formed a bond with all of us. Although he was no longer in school, he knew some English, which he loved to practice with us. My wife, Julie liked to call him “Justin Bieber,” because of the beautiful smile he’d flash sometimes. He’d call Julie “tia” (aunt) and Jay “abuelo” (grandfather). He rode in the van with us and sat with us at lunch. It was hard to say farewell to Luciano at the end of the week.

We saw him again the next year, when he was a volunteer on one of the houses we were building. But we didn’t see him after that, and gradually my memory of his street and his house faded and merged with the memories of all the other streets and all the other houses in Reynosa. But those of us who were there always enjoyed sharing our memories of working with him, and we hoped he was doing well.

On the second day of our trip we went to a work site to pour a roof. When we pour a roof, it’s for a house that was completed a few weeks earlier. All the mortar in the walls and the concrete in the columns must fully set before they are ready to take the weight of the concrete roof. This day, the roof was to be for an addition to an existing house, and I noticed the plaque on the addition said that it was built with the youth of First UMC in Athens, Alabama. As I was waiting for the work to start, I noticed that someone was looking at the original house and was looking at a plaque identifying it as a Faith Ministry house. Curious, I went to see who had built the original house…

It was Luciano’s house.

Shortly after I went running over to the rest of the group to let them know what I found, we saw Luciano, now a handsome young man of 21. He was as surprised and delighted as we were to see each other again. Through hugs and smiles, our lives reconnected once again. We shared pictures from our time together in 2012 and caught up on what life was like for each of us.

Although I hope our paths will cross again, there’s no guarantee that they will. Luciano works on the second shift at a fabrication shop, and we don’t often work on houses in the area where his family lives. But even if we don’t see Luciano again, each of us carries the imprint of our connection, the shared love that flows from God through us and to each other. And the imprint of that love and that connection is repeated all over Reynosa, between every person that we’ve come in contact with over the years.

It’s not something that happens only in Reynosa, though – each of us can let God’s love flow though us to everyone we encounter. You never know what kind of relationship you’ll build. 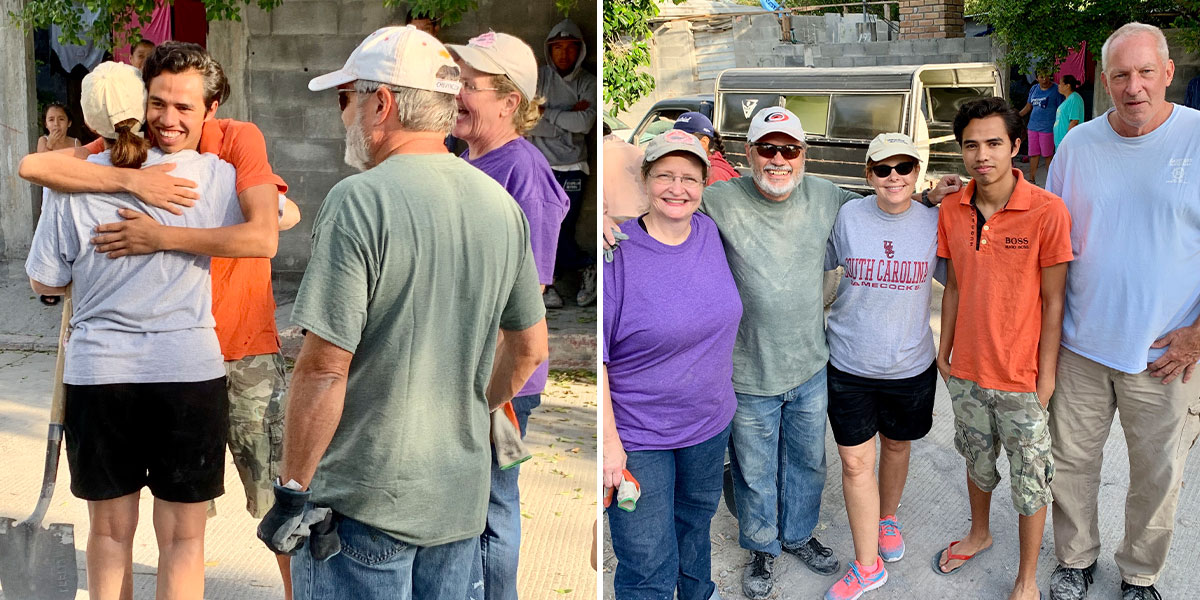